Unlike states who are doing everything in their power to make it harder for law abiding citizens, Alabama is reaffirming our commitment to defending our Second Amendment rights. I have always stood up for the rights of law abiding gunowners, and I am proud to do that again today.

Governor Ivey’s transparent support for freedom and the Second Amendment stands in contrast to two other Governors who currently have constitutional carry bills awaiting signature. 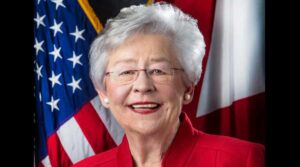 Alabama becomes the 22nd state in the country with a constitutional carry law on the books. However, two states legislatures have already passed similar bills and sent them to their respective governors for signature. Could we soon see constitutional carry states 23 and 24?

Ohio’s constitutional carry bill SB215 passed on March 2, and 9 days later, is still unsigned by Gov. DeWine. The Indiana legislature sent HB1296 to Gov.  Holcomb on March 9; that bill too is unsigned. Both Holcomb and DeWine are Republicans and have Republican-majority legislatures. But as we see, many Republican lawmakers and leaders are spineless and afraid to stand up to the anti-gun, anti-freedom special interest groups.

Pro-gun bills don’t make it through legislatures intact, without lawmakers refusing to compromise. So, Alabamans can thank State Senator Gerald Allen for fighting to uphold the constitution. Sen. Allen said:

The right to bear arms is a fundamental right afforded to the American people by the United States Constitution. As an elected official, it is my duty to do everything within my power to uphold the rights granted to us by the Founding Fathers in this governing document. I am honored to have the opportunity to work each day on behalf of my constituents to uphold the constitutions of this state and country and preserve the rights of Alabamians.

HB 272 is a standard constitutional carry bill that removes the permit requirement for carrying a concealed handgun. You can read the entire bill here. However, even with the win, it won’t be legal for Alabamans to carry concealed without a permit until January 2023, when the law goes into effect.

The best gun-law resource for all gun-owners —

Consider checking out the Legal Boundaries by State book. This resource includes way more than a reciprocity map. The book provides all the laws you need to know when traveling to another state. Things like if you have a duty to notify law enforcement, if there are magazine capacity limitations and if ignoring those “no gun” signs could get you arrested. The book is regularly updated, with new editions released periodically. In addition, the e-version is updated any time a law goes into effect, and you have lifetime access to the e-version. You can learn more about the book by clicking here. 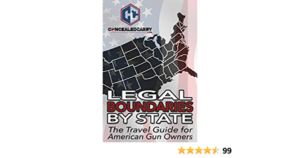